2019 SIGH News is where you will find current updates on the programs, partnerships, and events we support.

Grant Allows Members of Postive Women Together in Action to Attend TB Conference in India.

SIGH continues its commitment to support medical specialist education and connection with low resource settings. Knowledge is powerful and so important. We were please to award a grant to the non-profit organization, Positive Women Together in Action based in Swaziland, Africa. This grant covered expenses for Albertina Zodwa Nyatsi (director) and Talkmore Taurai Mazorodze (projects coordinator) to attend the 50th Union World Conference on Lung Health in Hyderbad, India on October 29th - November 2nd.

Swaziland has a large population that are living with infectious diseases such as HIV/AIDS and TB. Positive Women Together in Action strives to support, protect, advocate, and educate the population they serve. During the conference Albertina and Talkmore attended lectures on new diagnostic and adherence tools that help support diagnosis. They were able to connect and build partnerships with other support organizations broadening their network.

Some of the other highlights in Albertina Zodwa Nyatsi's own words, "We attended the WHO END TB STRATERGY summit held on the 29th October...we discussed country experiences and successes in the TB response, the Multi Sectoral Accountability framework (MAF) and the inclusion of civil society in the fight against TB. On the 30th October, we attended the Union first ever TB Survivors Summit ...bringing together dozens of survivors of tuberculosis (TB) and lung disease with the aim of harnessing the power of the community to create a more coordinated global advocacy movement. To hold governments accountable for global political commitments and to lead the development of people-centered health systems and solutions to end TB and lung disease and share lived experiences."

“We are really grateful and honored to get this support from SIGH that made it possible for us to attend this conference. It really broadened our horizons and enhanced our knowledge and partnership with different organizations.”

For more information on Positive Women Together in Action:  https://positivewomentogether.weebly.com/about.html

For more information about The 50th Union World Conference on Lung Health:  https://hyderabad.worldlunghealth.org/ 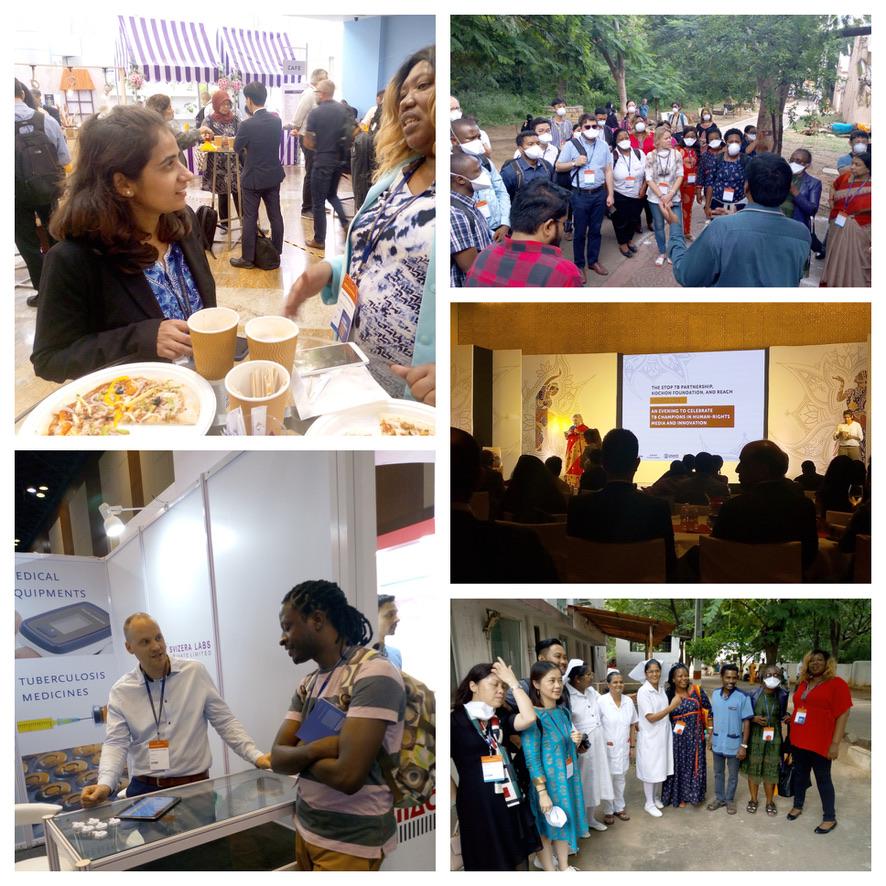 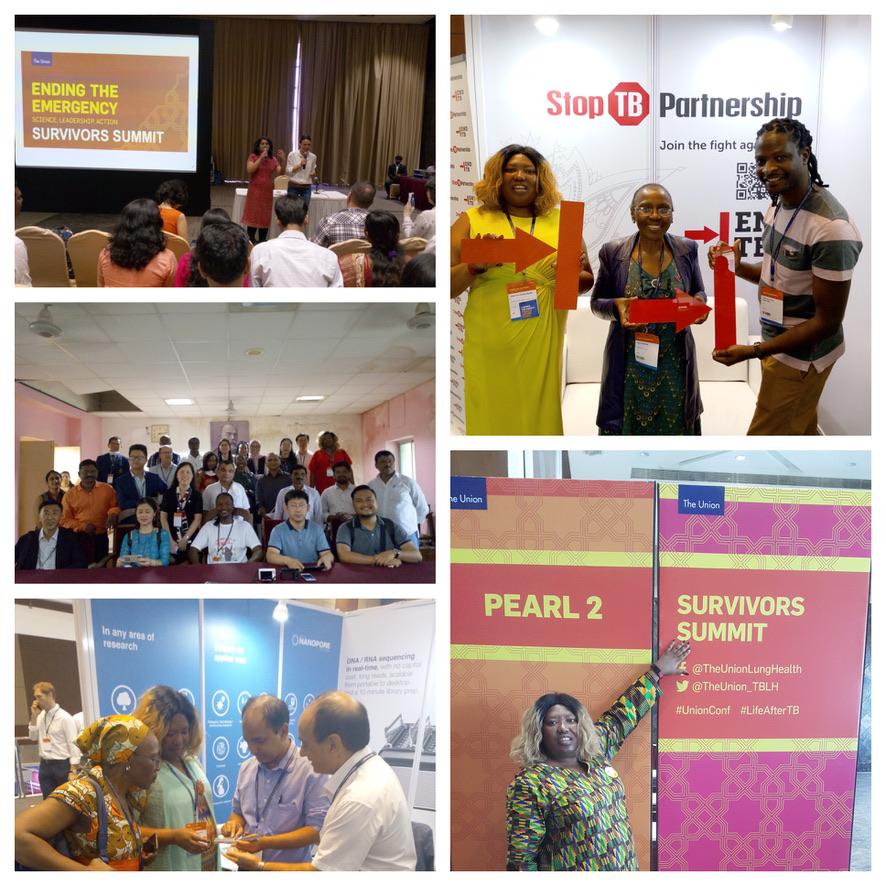 100% of patients in U.S, trial were cured and preferred the new technology with the potential to revolutionize the treatment and cure of tuberculosis, the world´s biggest infectious disease killer

The randomised controlled trial, conducted in California, was published today in PLOS Medicine ahead of the 50th Union World Conference on Lung Health be held in Hyderabad, India, October 30-November 2,2019

Today TB is the world´s largest infectious disease killer, despite it being preventable, treatable and curable. In 2017, 10 million people globally fell ill with TB and 1.6 million died from the disease. India has the highest TB burden in the world with 1 in 4 people affected by the disease residing in the country.

The trial demonstrates that Wirelessly Observed Therapy (WOT) was reported as highly accurate in recording medication ingestion (99.3 per cent) and persons with active TB using WOT were confirmed as taking 93 per cent of their daily prescribed doses as opposed to 63 per cent using DOT. All the patients using WOT completed treatment, were cured, and preferred it to DOT. The system allowed patients to manage their own medication taking, preserving patient privacy and autonomy, but also enabled highly targeted treatment support from practitioners with permission.

Poor adherence to TB treatment has long been associated with continued transmission, increased unfavorable treatment outcomes including relapse, and the emergence of drug-resistant TB.
“We are not doing people affected by TB justice when we have robust genomic diagnostic tests and the emergence of new antibiotic drugs that can cure TB but cannot guarantee consistent, convenient and private treatment support for them,” said Sara Browne, Professor of Clinical Medicine in the Division of Infectious Diseases & Global Public Health at the University of California San Diego, who led the trial.
“If we are serious about eliminating TB then we have to get some fundamental things right such as increased support for patient care that efficiently helps patients complete all of their treatment,” concluded Browne, who is also the founder of Specialists in Global Health (SIGH), a non-profit that provided funding for Bi-national participants in this trial.

The trial evaluated a novel technology termed Wirelessly Observed Therapy (WOT) consisting of an ingestion sensor composed of minerals, a patch worn on the torso and a paired a mobile device. WOT is FDA approved and can be accessed by patients with a physicians prescription and downloadable App. It determined the accuracy of ingestion detection in clinical and home settings using WOT and subsequently compared, in a randomized control trial (RCT), confirmed daily adherence to medication in persons using WOT or directly observed therapy (DOT) during TB treatment.

The trial evaluated WOT in 77 participants with drug-susceptible TB in the continuation phase of treatment recruited from San Diego (SD) and Orange County (OC) Divisions of TB Control and Refugee Health, using ingestion sensor-enabled combination isoniazid 150 mg/rifampin 300 mg (IS-Rifamate) prescribed daily. In terms of accuracy, WOT was equivalent to DOT. WOT was superior to DOT in supporting confirmed daily adherence to TB medications during the continuation phase of TB treatment and was overwhelmingly preferred by participants.

“We are now moving into an era of all-oral regimens for the treatment of drug resistant TB, without the need for daily injections. And we now have an opportunity to explore the potential of medication adherence support using WOT in the use of TB treatment regimes worldwide,” said Dr. Constance Benson, Professor of Medicine in the Division of Infectious Disease & Global Public Health at the University of California San Diego and co-lead on the trial.

”We have a limited number of drugs available for the drug-resistant strains of TB and better treatment support will be essential to help ensure that the integrity of those drugs is preserved in the long term,” concluded Benson.

“We must urgently evaluate the applicability of WOT in high prevalence countries such as India and South Africa where treatment adherence rates are often poor due to geographical barriers, stigma and poverty,” said Cotton. “WOT could potentially be a lifesaver for millions.” 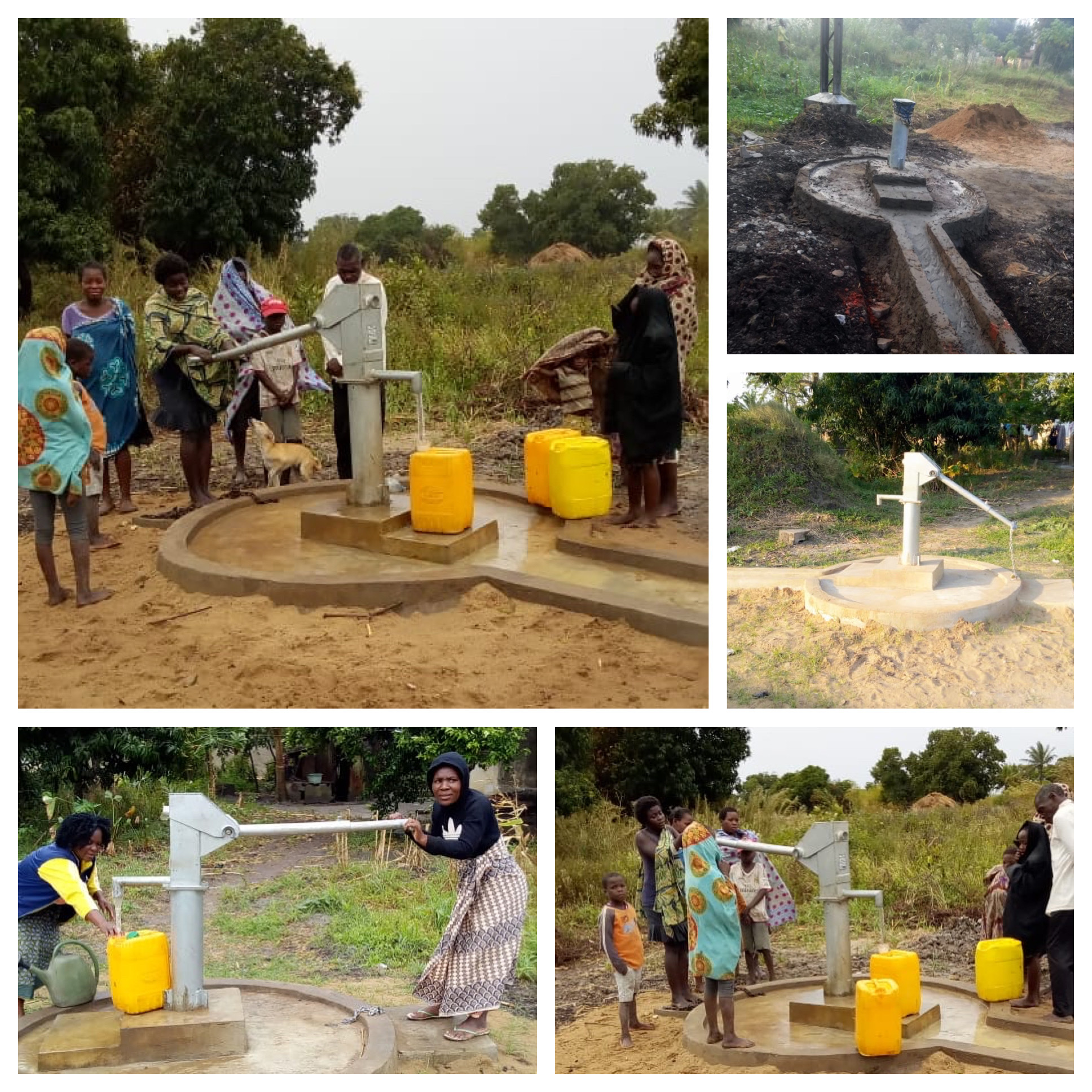 The SiGH Grant awarded to MIHER continues to benefit the people of Mozambique.  The MIHER medical team was able to use some of the funds to provide long term benefits. They set out to build two new wells that would provide clean drinking water in some of the communities that were hit the hardest from Cyclone Idai. The goal being to help prevent the spread of waterborne illnesses such as Cholera that are at higher risk after major storms.

MIHER is happy to report the wells have been completed in the district of Luabo in Zambézia Province, Mozambique.  One well is in the neighborhood Guerreiro A, Vila Headquarters of Luabo and the other in the village of Chivenaro, locality Samora Machel. These wells will benefit around 600 inhabitants of that district.

Since March, SIGH has raised over $11,000 in donations directed to MIHER (Mozambique Institute for Health Education and Research) in support of those affected by Cyclone Idai.

The team of Mozambican Medical Specialists that SIGH works closely with battled the difficult weather conditions and maneuvered hundreds of kilometers over damaged roads to bring aid to the local people. They travelled around Zambezia (the second largest province in Mozambique) to help thousands of people delivering supplies including food, drinking water, clothing, medications, as well as seeds and tools to plant new crops. The medical team, led by Dr. Emilia Noormahomed, also consulted with residences of these heavily devastated communities providing nutritional education and preventative education against contraction of waterborne illness.

Mozambique still requires a great deal of recovery efforts.  If you would like to contribute, visit https://sigh.global/donate-to-aid-mozambique/

SIGH granted $10,000 in support of the Year 2 Cardiovascular Partnership Collaboration and Training in Maputo.  In April 2019, the seven member cardiology team led by Dr. Ulrika Birgersdotter-Green, of the University of California, San Diego, returned to the University of Eduardo Mondlane, (UEM) in Maputo, Mozambique for the second year.

This year’s focuses were arrhythmia management, pacemaker implantations, patient screenings, and cardiothoracic surgery and critical care, along with echocardiography (teaching that extended beyond cardiologists to internal medicine faculty, as well as emergency room and ob-gyn physicians). There were daily formal lectures, workshops, and hands-on training during procedures.  Many of the staff that were involved in the collaboration last year, were again in procedure rooms and in follow up this year. This enabled good continuity of education. 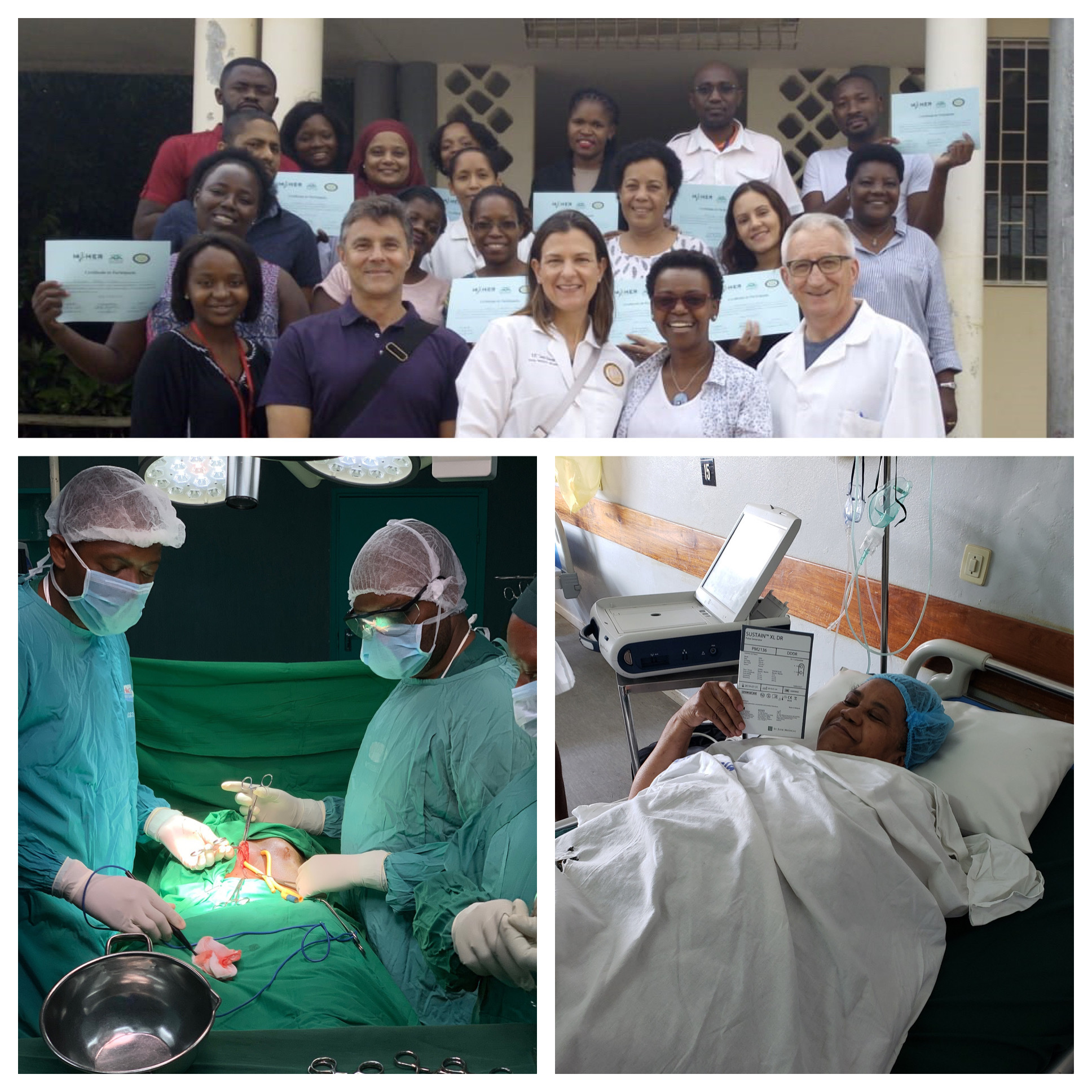 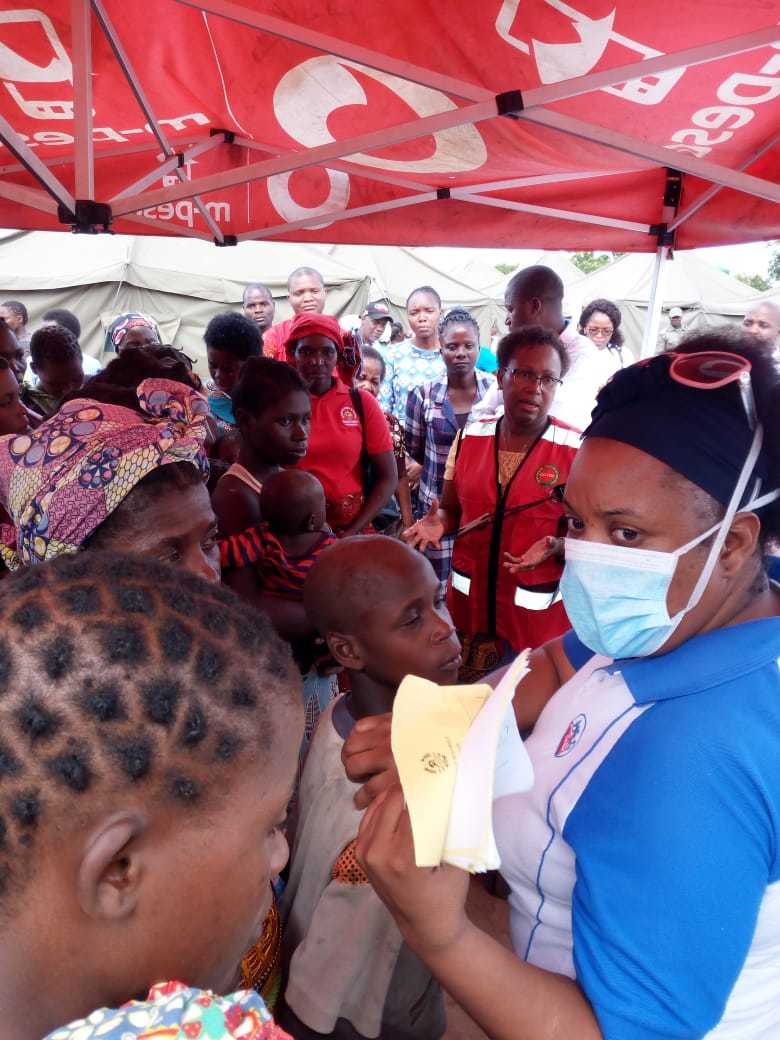 Cyclone Idai hit Mozambique in early March, causing the most substantial damage on March 15th in the city of Beira. Hundreds have died and millions have been affected by this natural disaster. Many of the medical specialists SIGH works closely with reached out for support. SIGH began an on-going fundraiser to support our specialist team during this disastrous time. There is an overwhelming need for medical treatment, wellness education and medical supplies.

ALL funds SIGH collects in support of Cyclone Idai Relief are being sent to MIHER (Mozambique Institute for Health Education and Research in Maputo, Mozambique (MIHER: http://www.miher.org/en/). We sent the initial donated funds on March 27th, and they were able to begin to bring assistance to a campus named Metangurine in Zambezia (a province in Mozambique). A team of 46 health professionals was able to assist 452 people, including children.

Apart from consultations they also educated people how to take care to avoid diarrheal disease, malaria, malnutrition and above all advise them not to return to the risk areas. 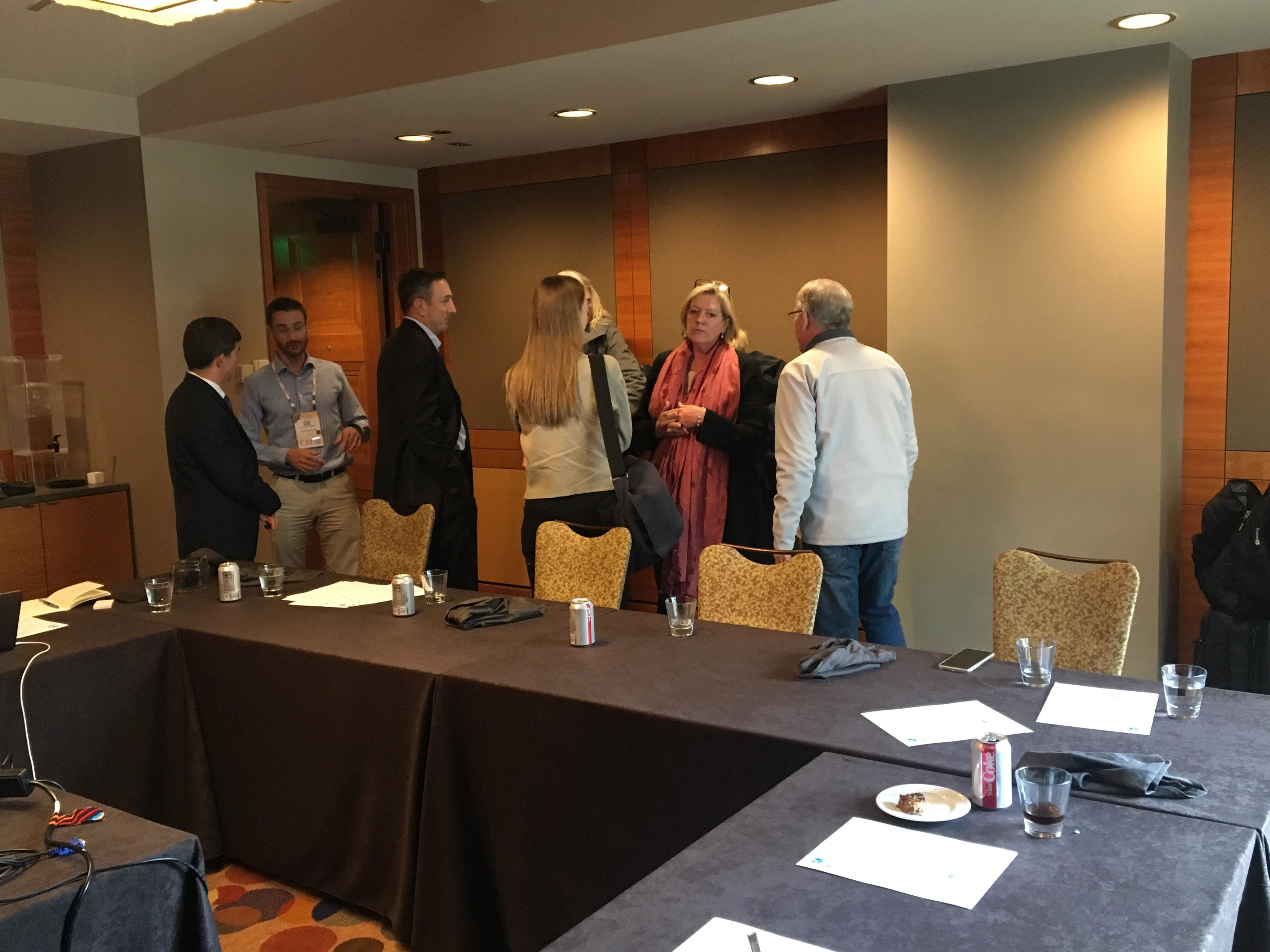 On March 7, 2019, SiGH hosted its second SiGH at CROI* luncheon. This round table was comprised of physicians and global health specialists from around the world. SIGH created a forum allowing these experts to gather and discuss global health issues such as multi-drug-resistant (MDR) Tuberculosis. The afternoon included presentations on new medical technology product development and group discussions regarding relevance in global settings.